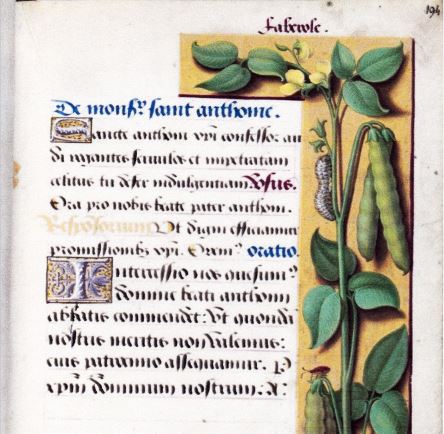 In the years 1943-1948 garden types of common bean were collected in backyard gardens by F.F. Nijdam. Mostly each grower obtained the seeds from his or her parents and passed them on to their children. Nijdam studied his collection and classified the accessions into six groups. These groups have been described.

The present paper was started with describing the early introduction of the bean into Western Europe. The bean plant was depicted in a Book of Hours, which dated dated from ca 1503-1508 and was made for Anne de Bretagne (1477-1514).