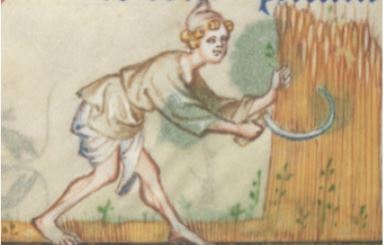 The spread of bread wheat in the Old World (Europe, Asia, Africa) since the Neolithicum as shown by the distribution of two necrosis genes and their alleles was studied. As basic material 1130 bread wheat landraces were investigated. Based on this distribution the routes by which bread wheat migrated are shown. The original spread was done by migrating farmers and by farmers handing over seed to neighbours.

Some conclusions are: 1. the migrating Danube-farmers cultivated bread wheats, named “non-carriers”. More research is needed to establish their relationship with non-carrier wheats grown in Asia and Africa, 2. it should be investigated which unknown tribe spread Ne1w-wheats from the Balkan, through Italy to Spain and Portugal, and whether they are related to landraces with this allele grown elsewhere, 3. Ne1m-wheats are grown everywhere in the Old World, 4. Ne2ms/s are grown in East-Europe and West-Europe, where they may have been introduced by trade. These East-European wheat landraces were also introduced in North America.